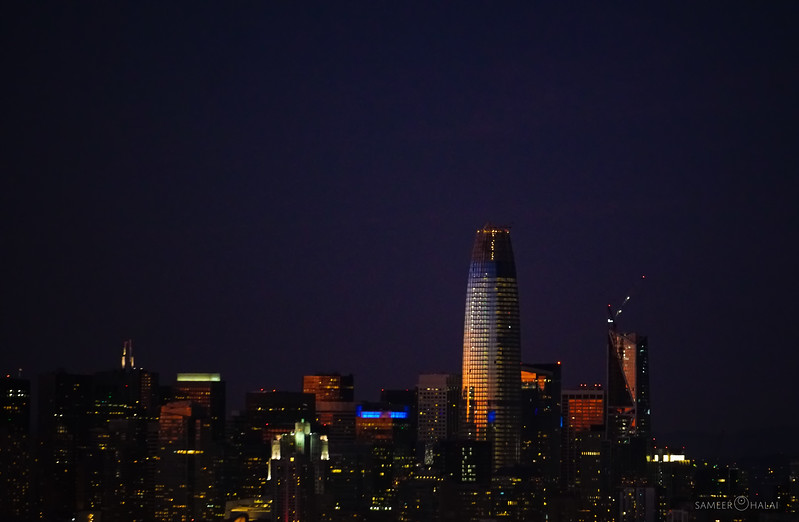 The Salesforce Tower is the now the tallest building in San Francisco. Its glass surface and tapering shape resulted in this fascinating color juxtaposition during sunset. When I took this picture, the Sun had just dropped below the horizon, leaving everything with an evening glow in the West (outside the frame, on the left). The bottom part of the tower was reflecting that glow, making it a deep orange. The top part of the tower was angled to just reflect the sky above the horizon, and since the Western part of the sky was brighter than the Eastern part, the building is a brighter shade of blue. Observe the other buildings with straight surfaces - they are all either uniformly orange if uniformly blue. This was also the time when the lights had just began to come on, adding another dimension of luminance to the scene. #sunset #city #salesforcetower #sanfrancisco